Derek Jeter is in great danger…

I can no longer sit idly by and say nothing – Derek Jeter has accepted a new role with the Miami Marlins. According to Twitter today, he is in great danger. What kind of danger, you say? Why, the danger of musculoskeletal disorders. THATS WHAT.

Let’s do an ergonomic assessment of Jeet’s office, and make some recommendations to help him out.

This is the picture that lead me to believe that Derek is in grave danger. Take a look at that office set up – I’ve seen safer wood chippers. Derek – are you aware that your franchise is worth $1.17 billion, Giancarlo Stanton gets paid $25 million a year, and that chair is clearly from Staples. At most, they bought you a chair that cost $400.00. The biggest predictor of injury, is previous. With 8 trips (at least), to the DL in his career –   he’s a huge risk for injury.

To take a look at how much of a risk Jeter’s office is, I’ve used the Rapid Office Strain Assessment (ROSA) – an ergonomic tool that examines how your office is used, and assigns a 1-10 scale representing an increasing risk of musculoskeletal discomfort. The research I did for my masters showed, if you have a ROSA score of greater than or equal to 5, you are at a greater risk of discomfort. Let’s dive in.

I’ve expressed my displeasure in the chair itself, but how Derek is sitting is just as big of a problem. Not using the back rest? That’s going to cause his lower back muscles to just be on, firing at a low rate all day. “OH MAH BACK, HANNAH GET THE A535 – I GOTTA SLEEP IN THE RECLINER TONIGHT”.

At 6’3, we can make some assumptions about his chair. The first, is, it’s likely too small for him. It’s also not likely going to be adjustable for his gangly frame. 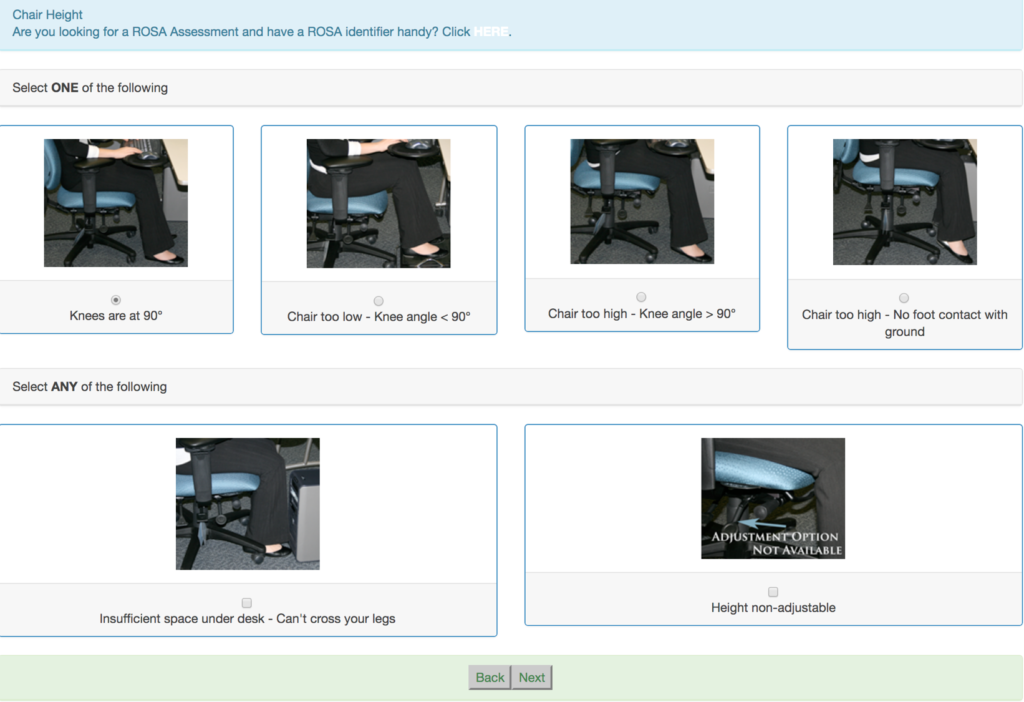 Most of these cheapo chairs have an adjustable seat height, and his knees look close to 90 degrees. We’re safe here. 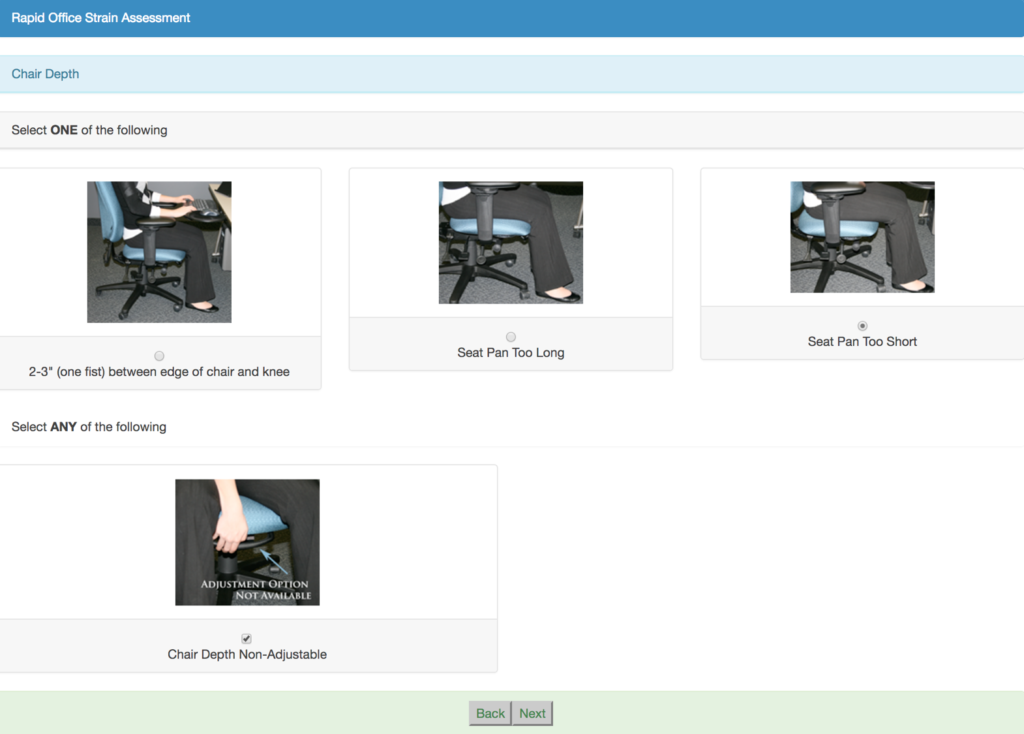 Like I said – the chair depth is likely too short with him being so tall. Cheap chairs usually aren’t adjustable in the seat pan depth either. 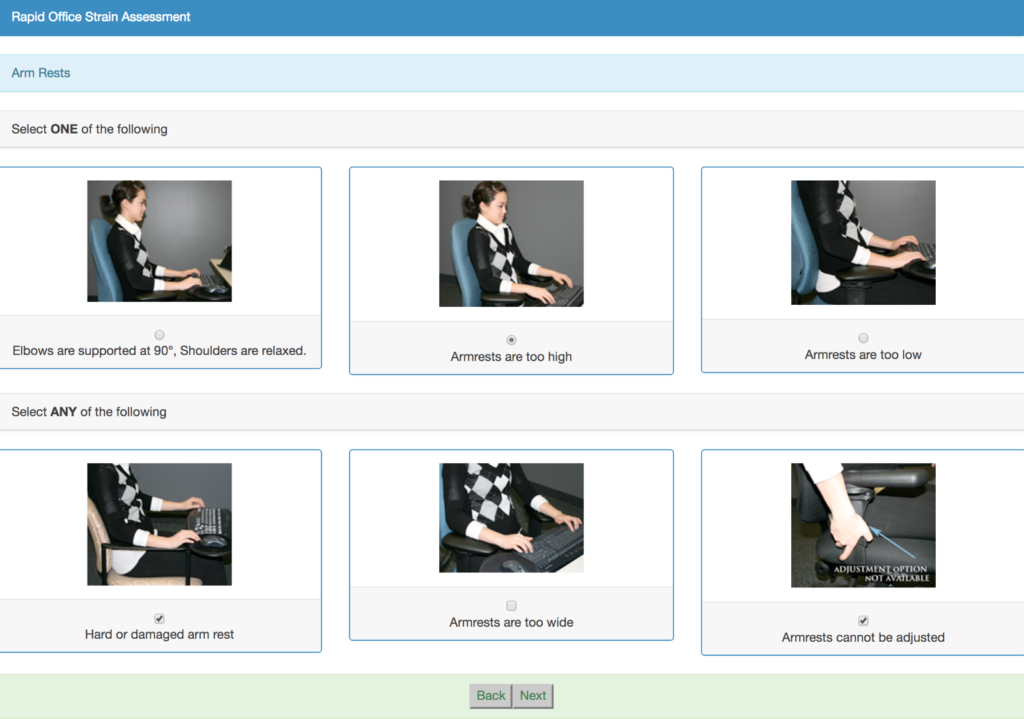 The armrests – they’re not being used. He has his arms on the desk surface, and it looks like that surface is a bit high. There’s no way that cheap chair has adjustable arm rests, and it look a lot like a pressure point when his forearms are resting on the edge of that desk surface. 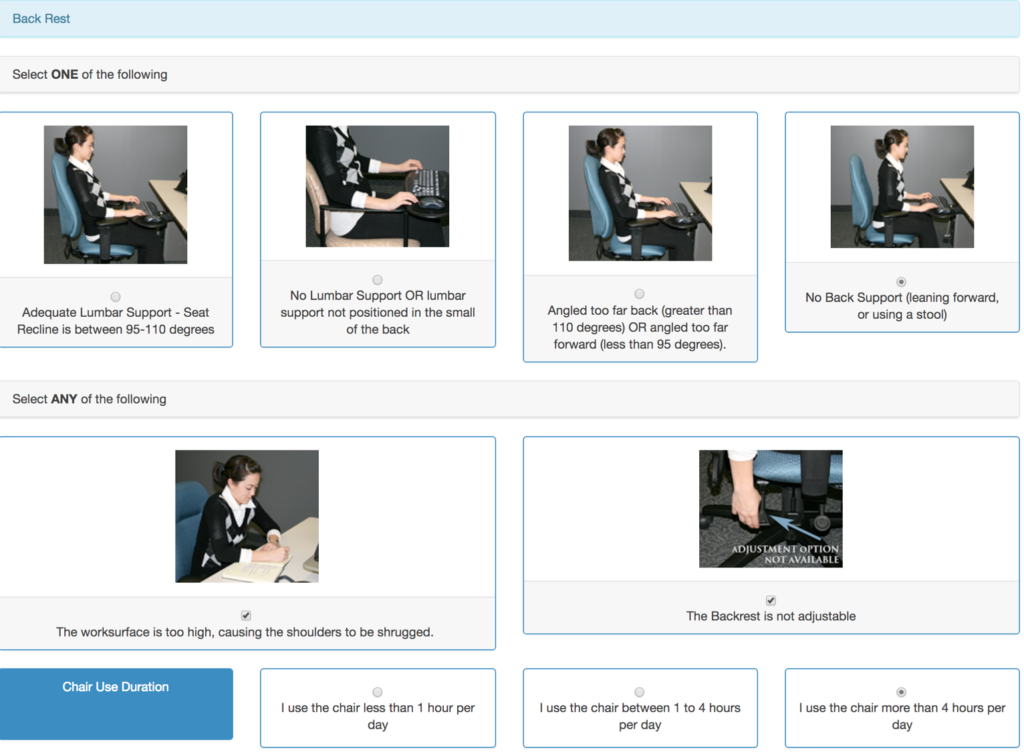 His chair back is likely not as much of a problem as is him leaning forward and not using the back rest. Also baseball executives?? Those are some loooong hours. Mark it up as a risk factor. 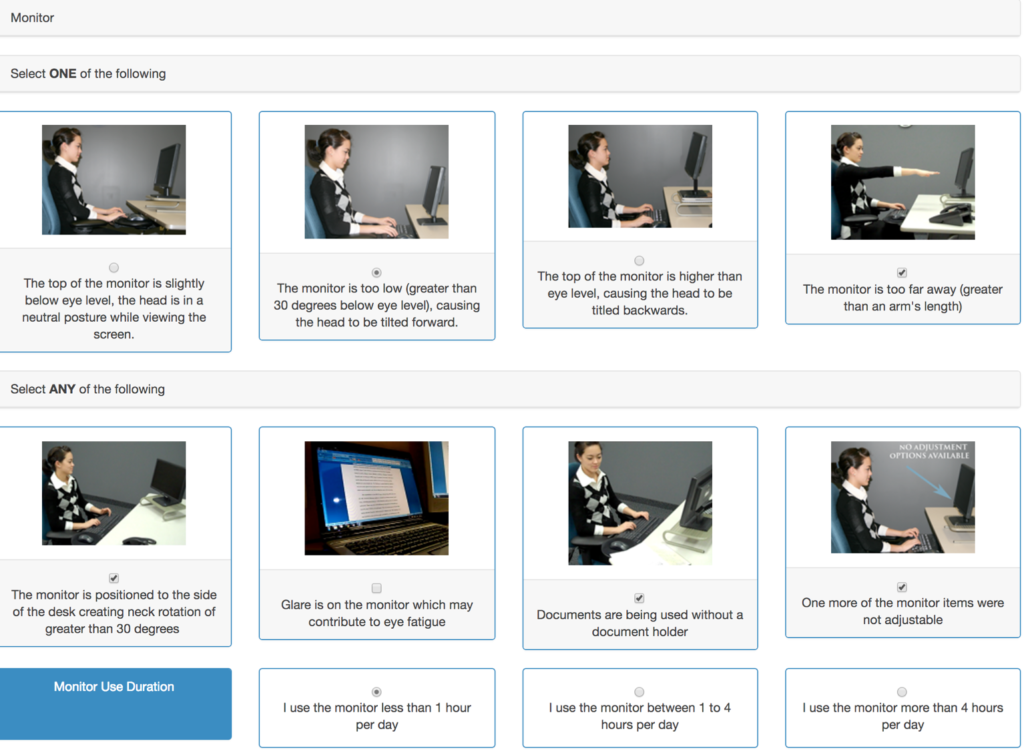 What in the honest hell am I seeing here. Seriously. How is this even functional?? This is as useless as a jump throw from short when some injured jabroni is crawling to first base. Two iPads – to the side, with his documents on the other side of the desk. MARK IT ALL UP. 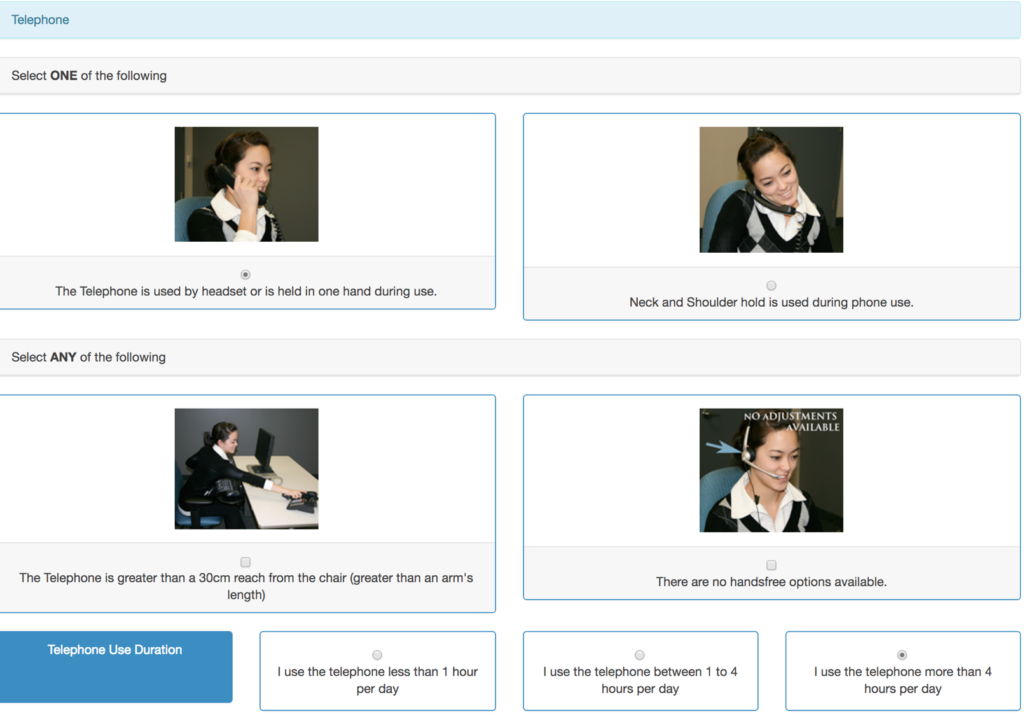 I’m assuming he just uses his iPhone and talks with it in his hand when it’s on speakerphone and is a total annoying jerk about it. I don’t want to hear your conversations man, just put in your headphones. 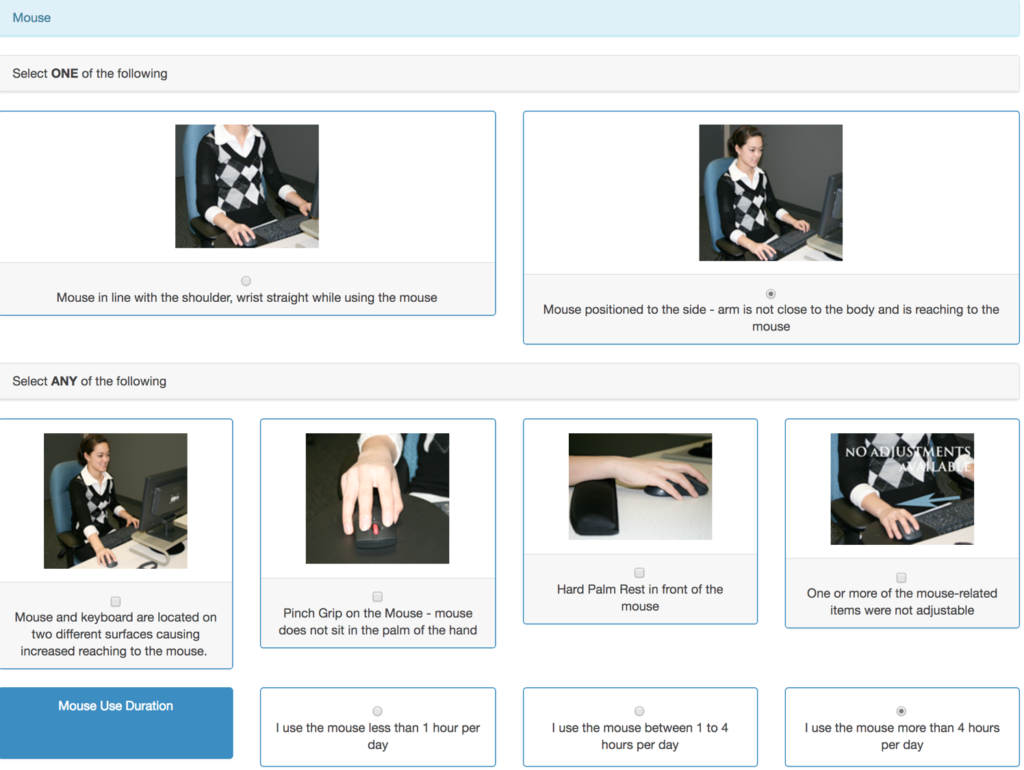 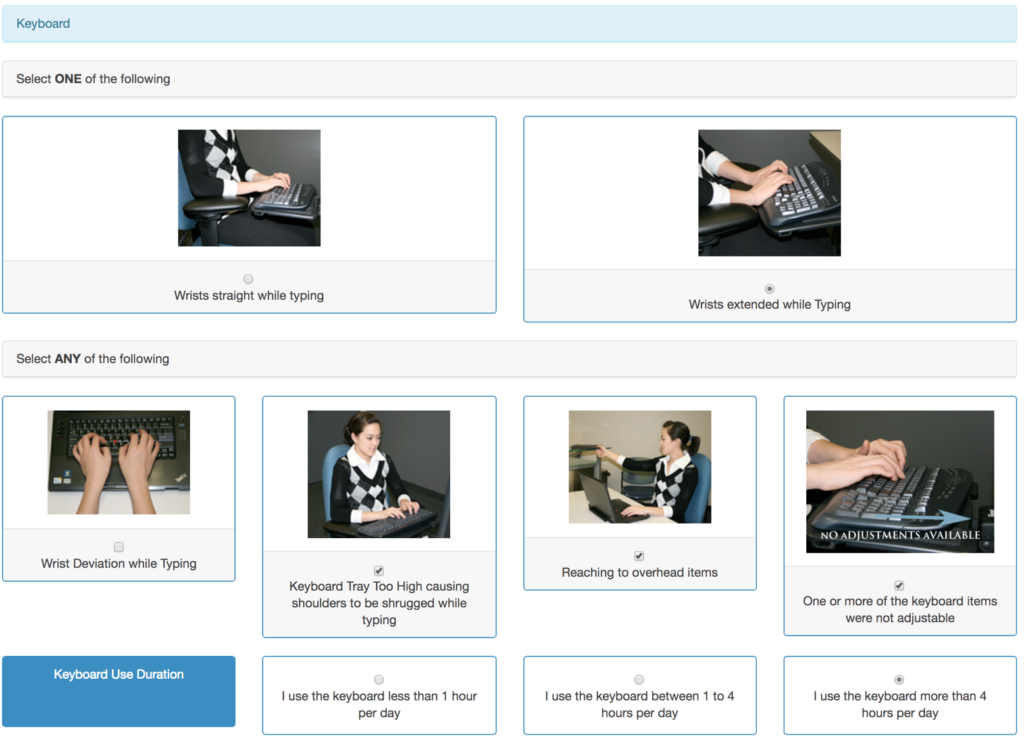 I have no idea what’s going on here. But, it looks like the bathroom of a Buffalo Wild Wings after all you can eat curry wing night. Does he have to use the touch screens all day? His arm is going to fall off. Does he type on those things? His wrists are going to get carpal tunnel, then that carpal tunnel will develop a small ecosystem inside of it, and everything in there will get it’s own separate disorders. Like Inception, but for wrist pain.

Hi Derek, come into my office. I’m Dr. Mike. I have your test results here, and, I’m sorry… but your ROSA score is above 5. You’re at a high risk of discomfort. I’ll leave you alone for a bit to process this, and then we can go through some of your options.

Mostly, before we can get a good “YEAH JEETS” for this office set up, he’s going to need a more ergonomic chair. ErgoCentric makes chairs that will be great for taller guys like DJ.

The biggest thing is going to be, plugging those iPads into real accessories, and elevating them so they’re at eye level. A bluetooth keyboard and mouse – then putting the screen right in front of him – that’s going to make his head and Neck in a way better position. He’s also going to take a lot of pressure off of his arms and wrists while typing or mousing, or going on YouTube and watching his own highlights while the team around him implodes and trades off yet another crop of stars.