Ladies and gentlemen, put on your finest tuxedo, and get “Golden Globe” drunk – it’s time for the culmination of a year’s worth of Stuff reports – The Stuffies! While the Stuffies currently have less cache than some of baseball’s more talked about awards – like the MVP, there’s no room for philosophizing about what “valuable” means. Like a Mark Shapiro-led front office, these awards are data driven. Here are the BBSWAA (Baseball Stuffies Writers’ Association of America) we’ve taken the time to breakdown Stuffy Awards into Starting and Relieving categories.  There won’t be any funny business where we pit a 60-inning reliever against a 200-inning starter.

In the trend of having awards shows with great hosts; the Billy Crystals, and Neil Patrick Harrises of the world, the Stuffies would like to welcome Nick Dika to provide his insight into the MLB’s most (and least) Stuffiest performances. 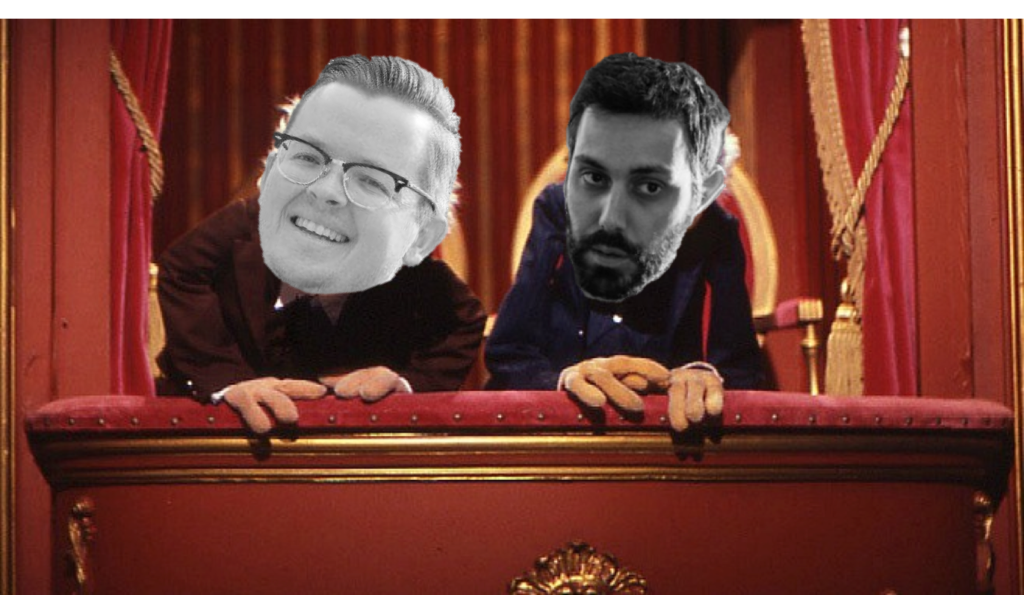 The Stuffies will consist of awards for:

Rookie of the Year Stuff – Starter

Rookie of the Year Stuff – Reliever

We’ll also present the “Not-so-Stuffies” for the pitcher who, despite lacking in the Stuff department, still managed to churn out innings on the season.

The Stuff metric is unfair to knuckleball pitchers, so they were removed from the analysis.

To calculate the best Stuff on starting staffs and bullpens, the innings weighted stuff was calculated. Each pitcher’s stuff was normalized to their total contribution to innings for their team, then added together to get one Stuff value for each rotation and bullpen. This produced our Stuff champions.

And without further adieu, let’s begin… the 2016 Stuffies!

The big E as they call him down in Miami, put up great numbers in his rookie season. His sub 3 ERA matched up well with his 97mph fastball. Perhaps Jeffrey Loria will build a nasty stuff statue in centerfield at Marlins park to honour this historic performance? Despite his awesome stuff, Easy E struggled with his command at times.

Brandon Phillips is over Brian Ellington’s fastball. I would be too at that velocity. pic.twitter.com/n6Ck5rSKxT

With the Silver Stuffy, we have Matt Bush. Matt Bush is featured prominently in the Stuffy awards – and if you watched Game 3 of the ALDS, you already know why. He has nasty, nasty Stuff. His fastball can get up into triple digits, and he separates his pitched by nearly 18″. That’s a lot of ground to cover at a high speed.

Here at the Stuffies we don’t discriminate against small market, west coast or non-contending teams when we hand out our hardware. And that’s why Mauricio Cabrera is taking home a Stuffy this season. If you don’t recognize his name you will soon. Pitching for the retooling Braves means you’ll know him as “the top reliever available at the 2017 trade deadline”

While it’s a bit later in his career than we may have predicted, Dylan Bundy takes home a bronze Stuffy for Rookie Starter. Bundy’s combination of electric stuff and pitching for the Orioles means that he will almost undoubtedly turn into an ace when he is traded to a different team for spare parts at some point in the future. That or he will sit unused in the Bullpen while division rivals deposit baseballs in the outfield bleachers, eliminating them from the playoffs.

Kenta Maeda has the lowest velocity of anyone on the Stuff lists, but he has elite separation between his pitches, and his change in velocity is close to the top of all of the MLB. This is a pretty impressive rookie performance for a command type pitcher.

Finally, Jon Gray takes home the Gold Medal for Rookies! Grey had an elite fastball, and paired that with elite change in speed, and above average pitch separation. He had a great season for the Rockies – which amounts to a super amazing awesome season for a pitcher anywhere else. His beard is already elite, but now he’s the Stuff rookie of the year. Congrats, Jon Gray!

Jon Gray’s Slider was so filthy, Oswaldo Arcia forgot how many outs there were. pic.twitter.com/FNHFOUWBUN

So, a huge congratulations go out to Jon Gray and Mauricio Cabrera. You both had great rookie seasons, and showed the MLB what your Stuff was made of. Next season, maybe your team might give you a hand and you can win some games.

When the Stuffies return – let’s look at what starting rotations and bullpens had the best Stuff of the season! Stay tuned for musical performances from the Thrill of Agony, and the Wet Wingsmen.