The dudes over at Driveline gave us scientists the best present we could ever hope for – data. They tested out the new Bauerfeind EpiTrain Powerguard to see if it was effective in reducing elbow stress. To test out the device, they paired it with the Motus Throw Sensor – a device designed to measure stress on the elbow. This device has been tested in the field by Dr. Bryan Cole, and you can find the results over at Beyond the Box Score.

Up here in Toronto, you can’t go 5 minutes into a Blue Jays conversation without hearing about the dilemma the team faces regarding Aaron Sanchez. The young ace Sanchez, is without a doubt, the best pitcher on the team, and arguably one of the top 5 starting pitchers in the American League this season. Last year the Jays spent a ton of prospect capital to go out and get an ace in the trade market – this year, they’re talking about moving the Ace they already have into the bullpen. 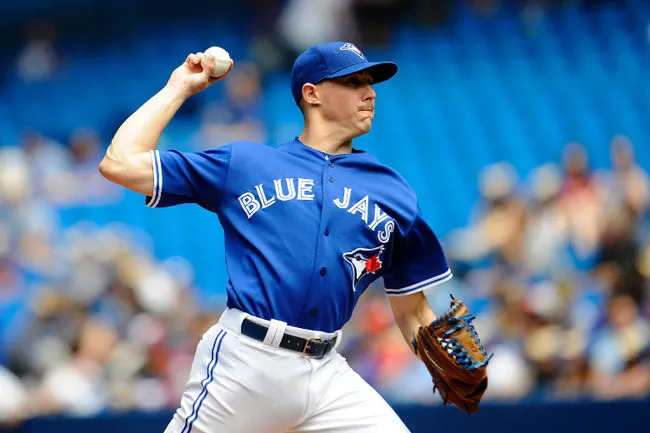 I’m not convinced that this is going to work to reduce stress on Aaron’s arm. Will he throw fewer innings? For sure – but as I’ve tried to demonstrate – fatigue accumulation in the arm doesn’t necessarily depend on the number of innings you pitch, but more on the number of pitches you throw in an inning. Sanchez has been known to dial up his fastball to 100mph out of the bullpen, and this left me asking the question – despite limiting his innings, is Aaron Sanchez going to be exposing his arm to more stress by throwing out of the pen? (From Brook’s Baseball – in 2016, Sanchez’s sinker has averaged 95.26 mph, compared to 97.1 mph in September of 2015 – when Sanchez was used as a reliever). Let’s look at the driveline data to see if we can figure this out.

In the driveline study, 5 pitchers threw 20 pitches each. Some had Powerguard on, some didn’t – but for the sake of this study, I’m going to ignore that factor (they didn’t find there was a reduction in stress, anyway). First, I looked at the relationship between stress and the other variables that came out of the Motus Throw Sensor. There was an R2 of 0.84 between pitch velocity and elbow stress – that means, 84% of the stress on the UCL can be accounted for by the velocity of the pitch. If someone throws harder – they’re going to have more elbow torque, and greater UCL stress. The rest of the variables – they get a bit hazier. 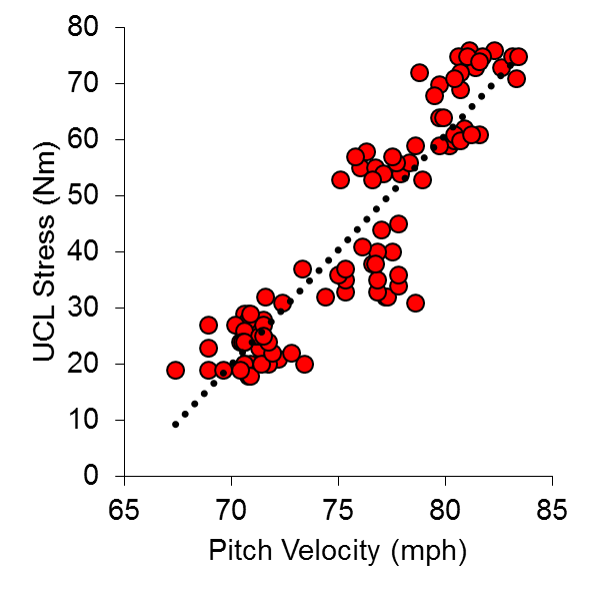 Peak UCL Stress vs. Pitch Velocity – from 5 pitchers, throwing 20 times each. The UCL stress is calculated from the MotusThrow Sensor. 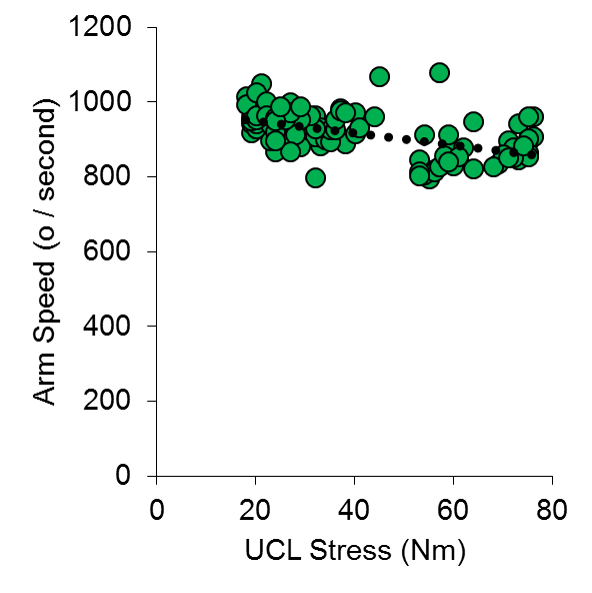 UCL Stress vs. Arm Speed (in angles per second), calculated from the MotusThrow Sensor. 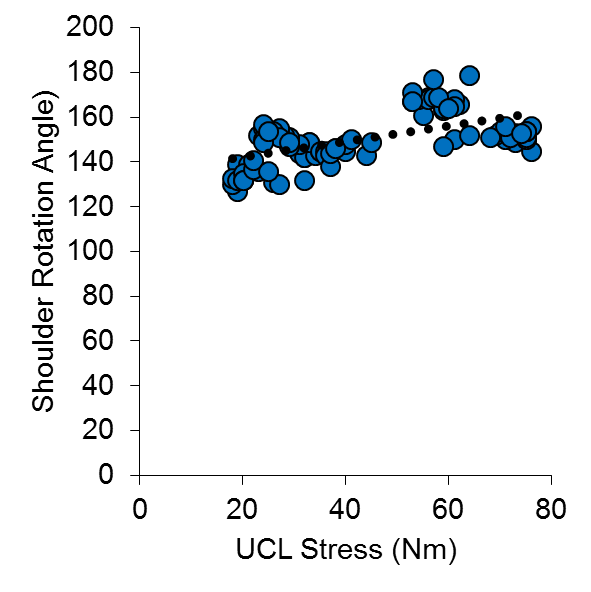 UCL Stress vs. Shoulder Rotation, calculated from the MotusThrow Sensor.

The idea that UCL injuries are more prevalent in higher velocity pitchers is not a new one (Keller et al., 2016). Researchers from the University of Michigan found that one of the most significant predictors for elbow injury was ball speed (Whiteside et al., 2016). However, how does a change in ball speed influence UCL stress?

I used the driveline data, and I rank ordered UCL stress, and Velocity. So – there is a 1 through 20 for Velocity and Stress – which I’ll refer to as individual velocity and individual stress. I then ran a Spearman’s correlation on these data. 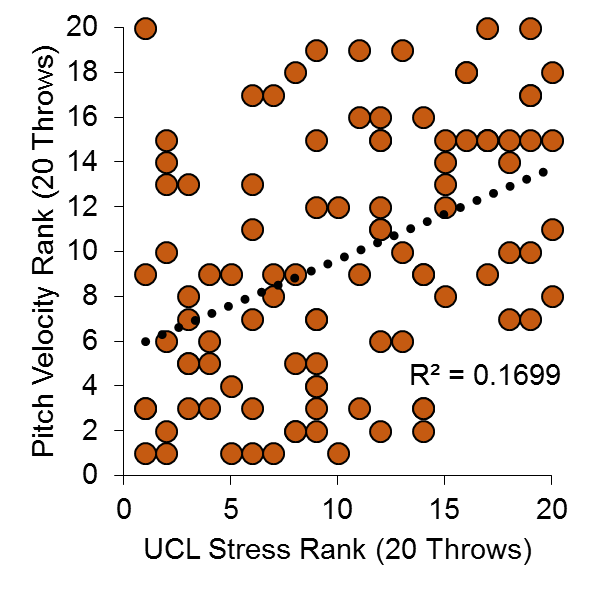 There was an R2 of 0.17 – essentially stating that an internal increase of velocity is associated with 17% of the increase in UCL stress. As you can see in this graph, this is not the strongest of relationships. Does a pitcher ramping up and throwing harder, within his own capacities increase stress on the arm? Possibly, but I don’t think it’s that clear.

There are a lot of other factors that go into determining how stress may change between the role of a starter and a reliever. Particularly, relievers (and relievers in the proposed role that Sanchez will fill) will be coming in for high leverage situations. Working in such a stressful situation can change kinematics, as Bill Marras’ group found when exposing those who were lifting boxes to highly stressful work environments (Marras et al., 2000). When preventing injury, recovery is one of the most important aspects of health. Relief pitchers can perform on up to three consecutive days – and while pitching only 1 inning at a time (in most cases), they still need to perform warm up pitches. Their workload is definitely different than a starter’s, but I don’t think there is enough evidence out there to support that switching from a starting role to a reliever’s role is that much of a reduction in demands on the arm.

The Blue Jays hired a high performance team to help make scientific decisions when it comes to things like monitoring a pitcher’s workload. They have a really hard decision ahead of them, and the long term health of Aaron Sanchez depends on them making the right choices.